The Origin of Pisco

The Origin of Pisco 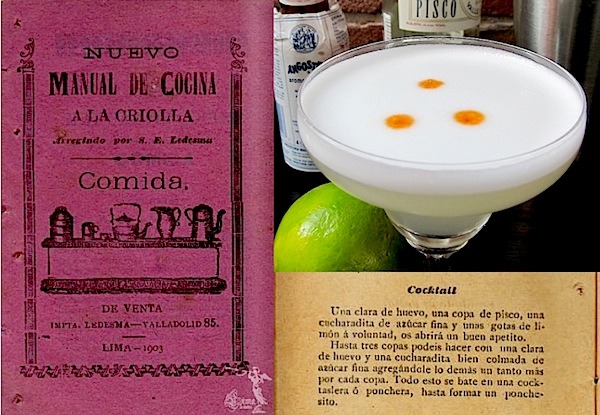 The Origin of Pisco and Pisco Sour

For many years there have been discussions between Peruvians and Chileans about the origin of the alcoholic drink Pisco. With this article I would like to proof to you that Pisco and Pisco Sour were invented in Peru, but that the origin of Pisco is actually Europe.

The history of Pisco can be traced back to the days when the Spanish Conquistadores arrived to Peru. Looking for gold they confronted misery, fought bloody battles and feared arrows and bludgeons. Through this process, the colonists brought with them products from Europe to improve their quality of life so far from home. Among these were cattle, olive oil, limes, grapes and wine.

Once Lima was founded, in 1535, the first churches of the new colony were built. These needed consecrated wine for the religious services in order to solidify the spiritual conquest of the natives. The wine the Conquistadores brought was scarce and guarded with avarice; destined only for the Holy Church, thus the incentive for vineyards in the newly conquered lands.

Historians agree that the first grapes were imported in 1553 by the Marquis Francisco de Caravantes, most probably from the Canary Islands in the Atlantic Ocean, right across the northwestern coast of Africa. However, there is a heated debate about where in Peru wine was first produced. It is quite certain though that in1563vineyards were planted in the sunny lands of the arid Ica province, one of the driest areas in the world.

Over the years, the grapes brought by the Spanish adapted to the unique soil and desert climate. The dry air and dry ground irrigated with water channeled from the Andes, created new stronger species of grapes. The wine from these grapes is naturally a little more sweet than wine from other regions in the world.

Legend says that the Jesuits, who were responsible for the production of wine, selected the best quality grapes for their holy wine and gave the left over grapes to local farmers to do with as they pleased. Small groups of locals began to use these grapes to produce clear brandy-like grape liquor, which was called aguardiente de uva (fire water from grapes).
The first official reference to the production of ‘aguardiente de uva’ in Ica, dates from a document from 1613. This is the oldest reference to ‘Pisco’ in South America.

In 1572 the Spanish founded the town of Santa María Magdalena in the province of Ica. This town had a port named Pisco, after the local name of the nearby valley. Pisco translates from the Quechua word Pisqu, which means “bird”. Quechua is the main native language in Peru, which has originally no writings. This is why you will find different ways to write down Pisqu.
The port of Pisco became an important route for distribution of the wine and aguardiente from the province of Ica. Demand for the product grew as sailors from around the world who called into the Port of Pisco created an important international trade link and further demand for the products. Overtime, the town of Santa María Magdalena became better known as ‘Pisco’ and the grape liqueur became known as aguardiente from Pisco, or simply ‘Pisco’.

From 1830, Pisco and its related cocktails became incredibly fashionable in, California and New York. By the mid-1870s, during the gold rush, Pisco was by far the most popular drink in San Francisco even though it was sold for twenty-five cents a glass – a high price for those days! The most famous cocktail in those days was Pisco Punch invented at the famous Bank Exchange in San Francisco.

The famous Pisco Sour cocktail is made with Pisco, fresh lime juice, simple syrup, egg white, ice and a bit of bitter.
This cocktail was officially invented by Victor Morris at his bar in Lima during the 1920’s. And though Chile also claims to have invented the Pisco Sour, documents such as printed advertisements or his bar’s register show that Pisco Sours were being served at the Morris Bar before anywhere else.
However a recent discovery of a recipe very similar to Pisco Sour in Peruvian cookbook from 1903 suggests that even Victor wasn’t the original inventor of Pisco Sour…

The Peruvian Pisco is made for 100% of grapes. It takes skills and experience to ‘cut the head (high on alcohol) and the tail (low on alcohol) from the body’ during the distillation process and to make sure that the body of Pisco contains an alcohol percentage between 40 to max 43%.
Peruvian Pisco also has to age in ceramic, copper, or stainless steel containers to prevent that the material of container adds a different flavor to the Pisco.
The unique flavors of Peruvian Pisco’s have won many international contests.

The Chileans who first made Pisco lacked the right grapes and years of experience from their Peruvian colleagues and therefore needed to add de-ionized water to the body of Pisco to be able to reduce the alcohol content, thus changing the recipe.
Chilean Pisco is also allowed to contain different flavors and to be stored in wooden barrels to add flavor.

In 2002 Chile went even further with their false claim, by registering the brand name ‘Pisco’ for their own creation of ‘aguardiente de uva’ with the European Union.

In 2013 it seems that the EU noticed their earlier ‘mistake’ of granting Chile to use the brand  name Pisco. To make up for this mistake Peru is now officially allowed:
To use the name Pisco as a geographical indication of spirit drinks produced in Pisco, without prejudice to the use of the name “Pisco” for products originating in Chile…

Interesting fact is that Chile is still the biggest importer of Peruvian Pisco, which is in Chile not allowed to be called Pisco… Peru, of course, doesn’t import any Pisco from Chile.

As you can read above, although Chile has the official rights to use the brand name ‘Pisco’ for trading their ‘aguardiente’ on the international market, the history of the Peruvian Pisco goes much further.
But in the end, the ingredients of Pisco and even Pisco Sour, are from Europe.

Sources for this article include:

The Origin of the Pisco Sour

Martijn Steijn
Martijn Steijn, founder and General Manager of Fairtravel4u.
Previous post10 Tips to Travel Safely in Ecuador, Peru and Bolivia
Next postVilcabamba – The Impact of foreigners in a Small Community