Vilcabamba – The Impact of foreigners in a Small Community

Vilcabamba – The Impact of foreigners in a Small Community 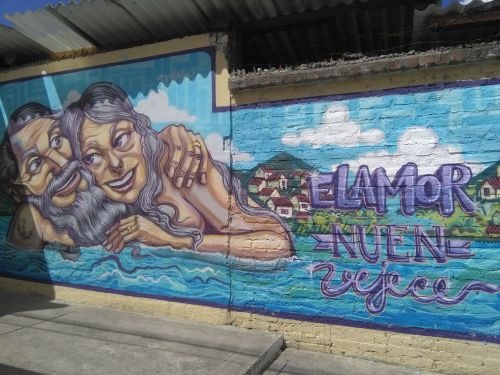 The impact of foreigners in the small community of Vilcabamba

The past 7 weeks we have done a small survey among over 330 Ecuadorians who life in the small town (around 5000 inhabitants) of Vilcabamba, located in a fertile valley in the south of Ecuador. The first name of this town was Huilcopamba, which roughly translates from the local indigenous language Quichua into: Valley of the healing trees.

The last 10 years this small town grew rapidly with around 20% more inhabitants. In difference with the past, many of these newcomers are foreigners who followed the recommendations of a Real-estate Magazine and other foreigners, who called this town one of the best places in the world to live and enjoy life. The fertile valley supposedly provides such a healthy environment that people who live here, tend to live longer. Some foreign people even believed that living in Vilcabamba would protect them from “The End of the World” in 2012…
The vibe of the town has changed a lot over the past 10 years and we from Fairtravel4u were curious what the Ecuadorians would think about the impact of foreigners, who now make up around 10% of the population.

Since we didn’t want to disturb the residents at home, we started to ask the people on the street. But when most of them told us that they were very busy, so had no time to fill in our survey we had to change tactics. The alternative was to pass by the working areas like shops, restaurants, hotels, but also the hospital, a school, the fire brigade, etc.
Even this took us more time than expected, since many people proofed not to be very interested in answering our questions. The first comment was almost always still that they were too busy. Others just said that they weren’t interested and all even before looking at the actual questions. Some residents had more than 3 weeks’ time to answer the 6 questions, but even after 3 weeks they had been too busy to answer the questions, or at least so they said… Sometimes we got ‘lucky’ and after returning 2 till even 5 times to their working area, we finally retrieved some answers.
In the end we managed to get the opinion of 163 residents of Vilcabamba. These residents belong to a very varied section of the population, with an age range between 16 and 89, men and women and people with all kinds of jobs and backgrounds.
We want to thank everyone for taking the time to answer the questions on our survey.

Our survey contains the 6 questions below and gave the residents of Vilcabamba full freedom (and time) to answer those. Below you can find a short enumeration of the questions and most frequent answers we received.
The exact answers you can read for yourself in the picture section, where we show photos of all the 163 questionnaires.
To avoid having to write 20 similar answers to the same question we generalized some of the answers. For example by question 4, many people gave various answers about Visa control, ID control, background check, police records, medical check, register, etc. Our final resume on this you can read at point 4.

1-    In your opinion, what has improved with the arrival of foreigners in Vilcabamba?

2-    In your opinion what is the negative effect of foreigners arriving in Vilcabamba?

3-    Do you have any recommendations for foreigners who want to visit Vilcabamba and/ or live in Vilcabamba?

4-    Do you think that the municipality of Vilcabamba has to improve its policy about foreigners?

5-    Do you think that there is a difference between foreigners who arrived more than 10 years ago and those who arrive now? And if so, is this difference positive or negative?

6-    Do you have any other commends/ recommendations in general?

Conclusions of this survey about integration of foreigners in a small community:

Overall we have to admit that the results of this questionnaire don’t really show a general opinion from the residents of Vilcabamba. For this we would have needed more residents to answer the questions, but at least we think that they do give a good first impression.
It is no surprise that many residents complain about the steep inflation of the past 10 years, but unfortunately this phenomenon comes with (economic) progress, so there isn’t much to do about.
However, the two main complains about lack of integration and abuse of drugs are serious problems that can actually be solved if the foreigners and municipality of Vilcabamba work together.
We have given the results of our questionnaire to the municipality and hope that the publication of this survey online will help to make foreigners more aware of their duties. Please, if you want to visit and/ or live in another country, respect their people and culture.